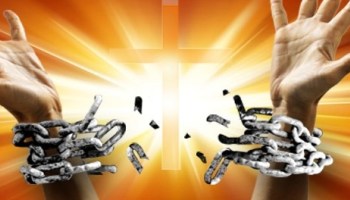 On the evening of Friday 3rd April 2020 at the end of several weeks of lock-down, due to the announcement of the Covid-19 outbreak, I had been thinking about how to seriously pray effectively regarding this global crisis. The next morning I woke up at 4 am and wrote down this prayer as it had come to me in the night. You can agree with me and join in this powerful prayer. Remember:… we wrestle not against flesh and blood, but against principalities, against powers, against the rulers of the darkness of this world, against spiritual wickedness in high places. Ephesians 6:12 KJV.

Father I praise you because you are a wonderful God and Father to us all. I thank you for the redemption we have in Christ. I thank you because you are not a God who sends terror, or sickness to those whom you love, and you love all people. You are not a Father who uses fear to force people into submission to you. Thank you Father that you are a God who loves us unconditionally. You have proven and demonstrated this love in your Son who died and eternally redeemed us, made us righteous and set us free. If we struggle in life, you are with us to support us, to help us, to make us whole, guide us, and to provide for us.
Thank you Jesus you came to earth as a man to destroy the works of satan, when you were made sin and carried the sin of the whole world to the grave. You removed satan’s armoury, his ability to accuse us before God and his ability to accuse God before us. The only reason satan still manages to condemn and accuse is because so many still don’t know this truth. The truth that satan was forced into exile and silence, and that you are a loving God and we are accepted in the beloved.
Jesus, once upon a time satan had a stronghold on the world during that age when you came to earth. However, you came and bound the strongman and spoiled his goods. We were those goods when once humanity was held captive in the prison of the condition and state of sin and death, where satan could easily produce his lying accusations. Yet, you came and carried the nature of sin away, overcame death by your resurrection, redeemed us by your blood presented in the holy courts of heaven, whereby you stripped and disarmed satan of his grounds to accuse us.

Thank you Jesus, even when satan held rebel influence over the nations of the world, through the cross you removed sin and guilt was forgiven once for all. You rose from the dead holding the keys of death and hades, and obtained all of God’s authority over heaven and on earth. You are the true King of Kings and the only rightful ruler over the nations of the world. We now have access to your Name above all names, and your authority to tread upon serpents and scorpions, over every evil spirit, and over all the dark power of the enemy, and nothing shall by any means harm us.

Father thank you for the Holy Spirit of Grace and truth who is the great teacher opening the scriptures to us and revealing Christ in us. Thank you that the same power that raised Christ from the dead, is at work in us. Thank you that the same anointing that flows from Jesus as the head of the Church, flows through all of us members of His body. Thank you Holy Spirit, that you guide us in prayer whether we pray in the Spirit or pray with the understanding also.

Father no matter how bad the situation looks in the world right now, where once upon a time there was much sin, your grace hyper-abounds even more now. We believe You have been working throughout all of Old Testament age, working all things together unto the revelation of the eternal New Covenant of Grace and Peace, and that you are working towards an even greater revelation of your true Gospel. Your loving glory and power is at work in people everywhere across the planet. Father real authority comes from you only and you have given it all to Christ in whom we stand as more than conquerors.

In the name of Jesus! satan you have desperately worked hard over many many years. You invested your deceptions and infiltrated the secular world, the political realm, the media and entertainment world, the corporate world, the organised church and other organised religions. In the last several decades you mobilised media to overload the minds of generations with beliefs about a last days cataclysmic doom and gloom. You introduced a doctrine to the religious world which suggests that what is happening in our world is the so called fulfilment of prophecy. You worked hard to move the nations towards the believe in a vision of an end time planetary disaster producing fear. You knew that fear could bring the nations to their knees so they would willingly submit to those who are key players in your evil scheme. The indoctrination that caused many of God’s people to believe and to confess the lie of the rise of a New World Order with a leader whom you would incarnate, as the fulfilment of Biblical prophecy, has come to an end. The people of God are waking up and your smoke screen is fading fast. You will no longer hold rebel control over the nations. People are realising that none of this is fulfilment of God’s Word!
Satan you are not going to be defeated. You were defeated more than two thousand years ago! You were bound and restricted two thousand years ago! Christ rose from the dead and returned for that generation of the first century to execute Judgment according to the Old Sinaitic Covenant. It was then that Christ terminated the power of the law of sin and death in actual fulfilment of God’s word and all prophecies. It was then you were completely disarmed, and you know it. You never held God’s authority since you were cast out of heaven. You only tried to exercise rebel influence for as long as man was imprisoned to sin and death. Many people still don’t know that truth, but they will. Since that day you have not been the god or ruler of the air anymore. Since His resurrection Christ forbade you any right to influence all the people in this planet. People generally don’t know this yet and have been providing you with their consent, giving you opportunity to influence them, and to wreak havoc in the Earth, but you don’t have the authority to do this. I plead upon the blood of Yehoshua, the blood of the Eternal New Covenant of forgiveness in Christ in whom we stand. The blood of the New Covenant by which you satan were disarmed two thousand years ago. You have no right of influence over the nations of the world anymore. You have no right over the minds of Government leaders anymore, you have no right to use rebel rule over the media! You and your influence and dark power remain bound and forbidden from having that influence!

In the name of Jesus!
Your demonic forces remain bound and forbidden to exercise influence over peoples life’s!
In the name of Jesus, I command that the collective human consciousness of societies around the world that hold an expectation of a last days apocalypse and an unquestioning submission to totalitarian control regimes, collapses immediately!
This is not fulfilment of God’s Word or prophecy. The smoke screen you put up to suggest that this current crisis or any future crisis is God’s word in fulfilment is now identified for what it really is, a lie. God’s last days prophecies are not going to be fulfilled. They were fulfilled in the first century as Jesus and the Apostles said it would. His prophecies were fulfilled, and His Kingdom came and is here ruling from the heavenly realm, echoing in the heart of every man, woman and child. The fact is satan, you have been exercising rebellion in Christ’s kingdom.
Christ is the only ruler of the Nations. Jesus Christ rules by love, truth and grace, according to His New Covenant Order and eventually every knee will willingly bow and every tongue will gladly give praise and thanks to Him for He alone is worthy.
In the name of Jesus, as an ambassador of Christ’s Kingdom, and as I stand in the court room of heaven, before the Ancient of Days, represented by Christ my advocate, I decree that the holy Angelic armies of heaven equipped and appointed for this task continue to go forth over all the earth securing peoples deliverance from the power and influence of darkness. Keeping forces of darkness restrained and subdued even as Christ already bound and forbade them their influence in the world.

Holy Father I thank you that your Holy Spirit is speaking to people everywhere, including leaders of governments and nations, working in them to embrace the truth. Convincing them of what is true and helping them to embrace what you are saying to them about this crisis and any other crisis and how to practically manage them. I ask that those leaders, whether they are in the public eye, or working from behind the scenes, who have hardened themselves against You, and are intent on causing harm and injury to your people and this planet, will be mercifully and effectively removed from their positions of influence, with immediate effect and without delay. I ask that they will be exposed and held to account for the evil they committed. Thank you Holy Spirit for your healing power going into hospitals and homes around the world and healing broken and sick bodies and restoring loved ones to their families. I thank you that you break down divisions by revealing how we are all one in Christ, and unconditionally loved by God. That where there was anger and hatred towards people of other ethnicity or groups of different political, or social persuasion, you are now working in the heart of each individual. I ask that you bring people together all over this planet and for there to be opportunity for healthy debate, transformation, forgiveness, reconciliation and healing of the nations.
In the name of Jesus, I declare Covid 19, economic breakdown, hatred and division, including racism, political deception, misrepresentation in the media and all related falsehoods defeated!!

Father, I ask for your wisdom. We are learning so much about what has to change in this world. We must prioritise relationships, and family, learn to develop healthier lifestyles, clean up pollution and work hard to prevent it. We must root out attitudes of selfishness and greed and unconscious biases towards others. Most of all, we all need to become more established in the awareness of your amazing love towards us all. Thank you that you are leading us and showing us the way forward into a better future.

Go to: Rejoice in the Victory, God has answered your prayer!